It is so wonderful to be a part of the WORLDZ tribe! Our Founder, Claire Wineland, was only 18 when she first met Roman Tsunder, Founder and CEO of PTTOW & WORLDZ. They connected through her involvement in My Last Days, the powerful docuseries created by Wayfarer Entertainment that aired on The CW Network 2 years ago. Roman and Claire had a synergy from the first moment they met.

In 2016, Roman invited Claire to speak at his PTTOW conference as their youngest speaker to date. Claire wowed the crowd with her candid story about living with illness and creating a life you are proud of.  For the years following their bond continued, sharing inspirational experiences.

Claire’s passing on September 2, 2018 inspired Roman to honor her in such a spectacular way. He partnered with us to create the first Claire Wineland Scholarship for WORLDZ.  This scholarship seeks out young people who are making a positive impact in the world. The recipients are awarded the unique opportunity to attend the WORLDZ conference where they meet with thought leaders from around the world and attend Master Workshops to learn more about growing their presence and honing their business skills. The conference is attended by some of the biggest leaders that are focused on making an impact and creating positive change.  Attendees include top executives from Amazon, hulu, Marvel, Samsung, Vans, Lyft, Rolling Stone as well as olympians and astronauts.

With the help of Wayfarer Entertainment, our inaugural class of 2018 attended the WORLDZ conference in October in Los Angeles. Beginning later this year, we will announce an application process to find our next class for the WORLDZ 2019 Conference and detailed information on how to apply.  We cannot wait to meet all of the amazing young adults and children that are making an impact in their community and in the world.

“Claire’s message is a bright shining reminder that we should appreciate and enjoy every moment we have on this planet, especially the times that are painful or difficult. We established a scholarship program to recognize courageous change-makers, who like Claire, have surmounted substantial life obstacles yet remain steadfast in sharing their voice and talent as a force of light in the world. I’m so excited by the inaugural class and believe with all my heart that through each of them, Claire’s radiant legacy will continue to blossom and flourish for many years to come.”- Farhoud Meybodi, Wayfarer Entertainment

The Worldz 2018 event was a huge success and we would personally like to congratulate our scholarship winners:

Marinda Davis: Instagram – @marinspirations Facebook  * Marinda is a choreographer and master teacher dedicated to opening hearts through dance. She was diagnosed with seven autoimmune diseases and told that she wouldn’t live past the age of forty. But Marinda is much more than the sum of her illnesses – she’s channeled her passion into a spectacular contemporary dance show entitled UNbreakable. UNbreakable tells the story of Marinda’s emotional and physical journey with illness, and highlights the resilience of the human spirit.

Caleb Remington: Instagram – @calebremington Facebook  *Caleb is a software developer at Ambry Genetics who’s passionate about anything outdoorsy. Caleb was diagnosed with Cystic Fibrosis and was told that he wouldn’t see past 18. Now, at 28, he is married to his beautiful wife, Tiffany Anh, lives life to the fullest, and works to raise awareness for the Cystic Fibrosis community. The couple is also world renowned for their beautiful wedding ceremony that became known worldwide as “The Greatest Wedding Ever Donated” that raised money for a multitude of charities and has become a huge inspiration.  GWED.com

Anthony Carbajal: Instagram – @carbajalphoto Facebook  *Anthony is a passionate street photographer and public speaker. Diagnosed with ALS at twenty-six, Anthony was determined to find a way to continue developing his love of photography. At his core, Anthony believes that while ALS is taking his strength, it’s not stealing his happiness, a sentiment he loves sharing with his family, friends and subjects in front of the lens.

Travis Flores: Instagram – @travisflores Facebook  *Travis is an writer, author, and speaker. Diagnosed with Cystic Fibrosis as an infant, Travis later published a children’s book, “The Spider Who Never Gave Up,” and went on tour to share his story of perseverance with the world. After receiving a Master’s of Science degree in Fundraising & Grant-Making from NYU, Travis sounds his time raising money for various organizations and serves as Executive Producer for DonateLife California / OneLegacy.

Zein Yousseff: Instagram – @zeinvolution Facebook  *Zein is a feisty 10 year-old hip-hop dancer, and black belt candidate in Taekwondo. He’s also a four time cancer survivor who was diagnosed with high risk stage 4 neuroblastoma when he was just 5 years old. Zein has experienced years of chemotherapy and brain surgeries yet hasn’t lost his zest for life or determination to spread joy to everyone he meets. 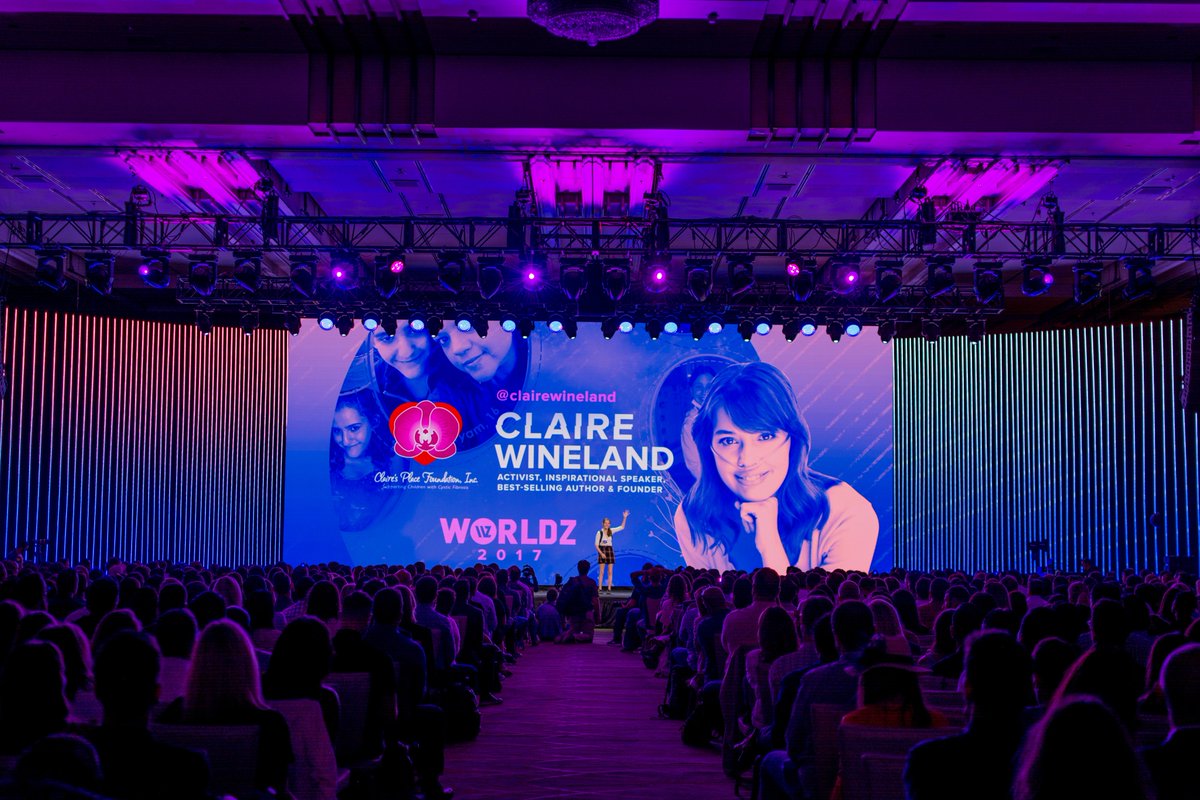 “Today the world lost Claire Wineland – we will never forget her bravery and tenacity, she was an inspiration to us all. We send our thoughts and prayers to her family and friends during this time. Rest In Peace Claire.  <3″ The WORLDZ Tribe @Worldztribe

We would like to thank our generous supporters at NorthStar Moving Company. They have been dedicated Claire fans since the beginning, featuring Claire as the face and voice of their blog "Moving Happiness Home", sitting on our board of directors, promoting and sponsoring our fundraisers, and encouraging us every step of the way!

Thanks for signing up!